Your blood carries this oxygen throughout your body. This helps fight bacteria and stimulate the release of substances called growth factors and stem cells, which promote healing.

Hyperbaric Oxygen therapy and why it is done.

Your body’s tissues need an adequate supply of oxygen to function. When tissue is injured, it requires even more oxygen to survive. Hyperbaric oxygen therapy increases the amount of oxygen your blood can carry. An increase in blood oxygen temporarily restores normal levels of blood gases and tissue function to promote healing and fight infection. 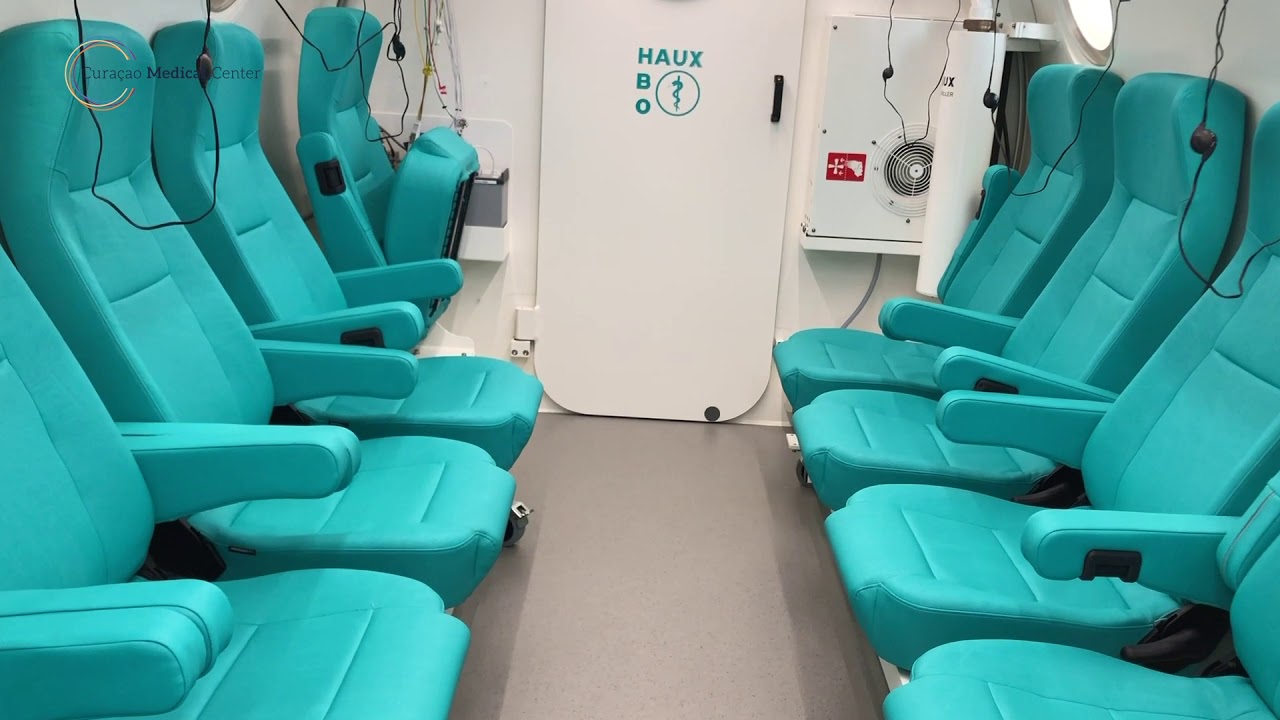 You are seated in the hyperbaric chamber as if you are seated in an airplane, but on comfortable seats with plenty of leg room and, with the ability to watch a movie or listen to music. patients can also go laying down on a bed, depending on their condition. During hyperbaric oxygen therapy, the air pressure in the room is about two to three times normal air pressure. The increased air pressure will create a temporary feeling of fullness in your ears — similar to what you might feel in an airplane or at a high elevation. You can relieve that feeling by yawning or swallowing. For most conditions, therapy lasts approximately two – three hours. Members of the hyperbaric chamber care team will monitor you and the therapy unit throughout your treatment.

You may feel somewhat tired or hungry following your treatment. This doesn’t limit normal activities.

To benefit from hyperbaric oxygen therapy, you’ll likely need more than one session. The number of sessions depends on your medical condition. Some conditions, such as carbon monoxide poisoning, might be treated in three visits. Others, such as non-healing wounds, may require 20 to 40 treatments.
Hyperbaric oxygen therapy alone can often effectively treat decompression sickness, arterial gas embolism and severe carbon monoxide poisoning.
To effectively treat other conditions, hyperbaric oxygen therapy is used as part of a comprehensive treatment plan and administered with other therapies and drugs that fit your individual needs.